This is a re-post from Carbon Brief by Daisy Dunne

Siberia’s prolonged heat from January to June this year – which broke temperature records and drove polluting megafires – would have been “almost impossible” without human-caused climate change, according to new analysis.

Temperatures peaked at 38C in the Russian town of Verkhoyansk on 20 June 2020. The reaching of this temperature, which is likely to be a new record for the entire Arctic region, was also made “much more likely” by climate change, says the analysis.

Overall, temperatures in Siberia were more than 5C above average from January to June.

The findings are the latest in a string of scientific analyses linking human-caused climate change to recent record heatwaves in Japan, the UK and France, among other regions.

The Arctic is one of the most rapidly warming regions on Earth. Average global temperatures have risen by around 1C since the start of the industrial era, but the Arctic has seen around double this amount of warming. In some parts of the Arctic, temperature rise is four times higher than the global average.

The build-up of heat in the Arctic has triggered the rapid disappearance of sea ice, the thawing of carbon-rich permafrost and changes to the physical make-up of the Arctic Ocean.

Heatwaves in the Arctic over the past two years have also been associated with the emergence of extreme wildfires.

The new analysis, by an international team of scientists at the World Weather Attribution network, investigates the potential influence of climate change on the prolonged heat seen across the entire Siberian region from January to June.

“Attribution” is a fast-growing field of climate science that aims to quantify the “fingerprint” of climate change on extreme-weather events, such as wildfires, heatwaves and floods. (See Carbon Brief’s interactive global map of extreme-weather attribution studies.)

The results show the Arctic has started to experience events that “would have been almost impossible without human-induced climate change”, says Dr Sarah Kew, study author and a climate scientist at the Royal Netherlands Meteorological Institute. She told a press briefing this week:

“The analysis shows that climate change increased the chances of the prolonged heat by a factor of at least 600. This is actually among the strongest results of any attribution study conducted so far.”

First, they analysed the prolonged heat affecting the entire Siberian region from January to June. To do this, they looked at six-month average temperatures across an area covering most of Siberia (60-75N, 60-180E).

Across the six-month period, Siberian temperatures were more than 5C higher than average, according to the analysis. This is particularly remarkable given Siberia usually sees its highest temperatures in July, notes Kew.

The analysis finds “with high confidence” that the January to June 2020 prolonged heat was made at least 600 times more likely as a result of human-induced climate change and would have been “impossible without human influence”.

In a world without climate change, such extreme six-month average temperatures across Siberia would only be expected around every 80,000 years, the analysis says.

Second, the researchers looked specifically at the potential influence of climate change on the 38C temperature record, which occurred on 20 June at a weather station in Verkhoyansk. To do this, they analysed maximum daily June temperatures in Verkhoyansk.

The results show that climate change likely greatly increased the chances of the 38C heat, says Dr Andrew Ciavarella, study author and climate scientist at the UK’s Met Office. He told a press briefing this week:

“These results come with a much lower confidence so we avoid stating a number, but we could be talking about an increase in likelihood upward of many thousands of times.” 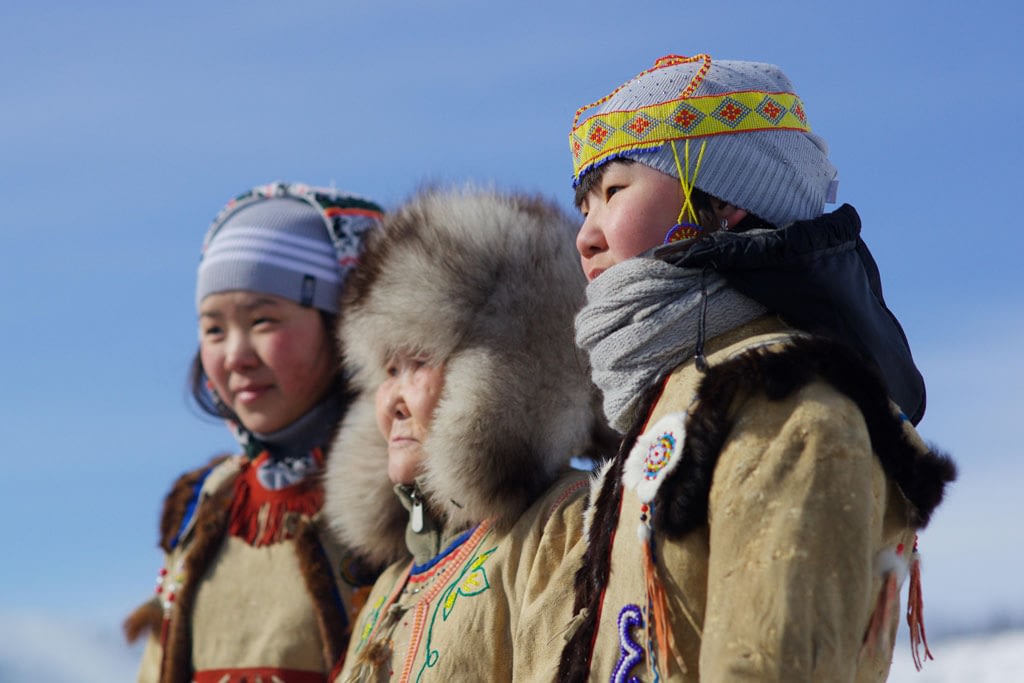 The lower confidence arises from the smaller set of data used to look specifically at temperatures in Verkhoyansk, Ciavarella adds.

The results show that, at present, the six-month heat seen in Siberia is still most likely a “once-in-a-lifetime event” – expected to occur roughly every 130 years at present.

However, if drastic action to tackle emissions is not taken, it is likely that such heat will greatly increase in frequency in the Arctic, says Kew:

“At the moment for the current climate, such a prolonged heatwave would still be unlikely. They are expected to occur less than once every 130 years, but, without rapid cuts and greenhouse gas emissions, they risk becoming frequent by the end of the century.”

It is also worth noting that this year’s Siberian heat was also driven by a series of unusual meteorological events, including a “blocking” weather event, she adds:

“We’ve looked into the synoptics of the current events, but we haven’t analysed the weather patterns that led to the event in detail or addressed if the frequency of those patterns is likely to increase.”

The potential influence of climate change on these weather patterns remains “an open research question”, she adds. (This topic was recently covered in a Carbon Brief article.)

The findings are yet to be published in a peer-reviewed journal. However, the methods used in the analysis have been published in previous attribution studies.

2 in every 5 plant species are at risk of extinction